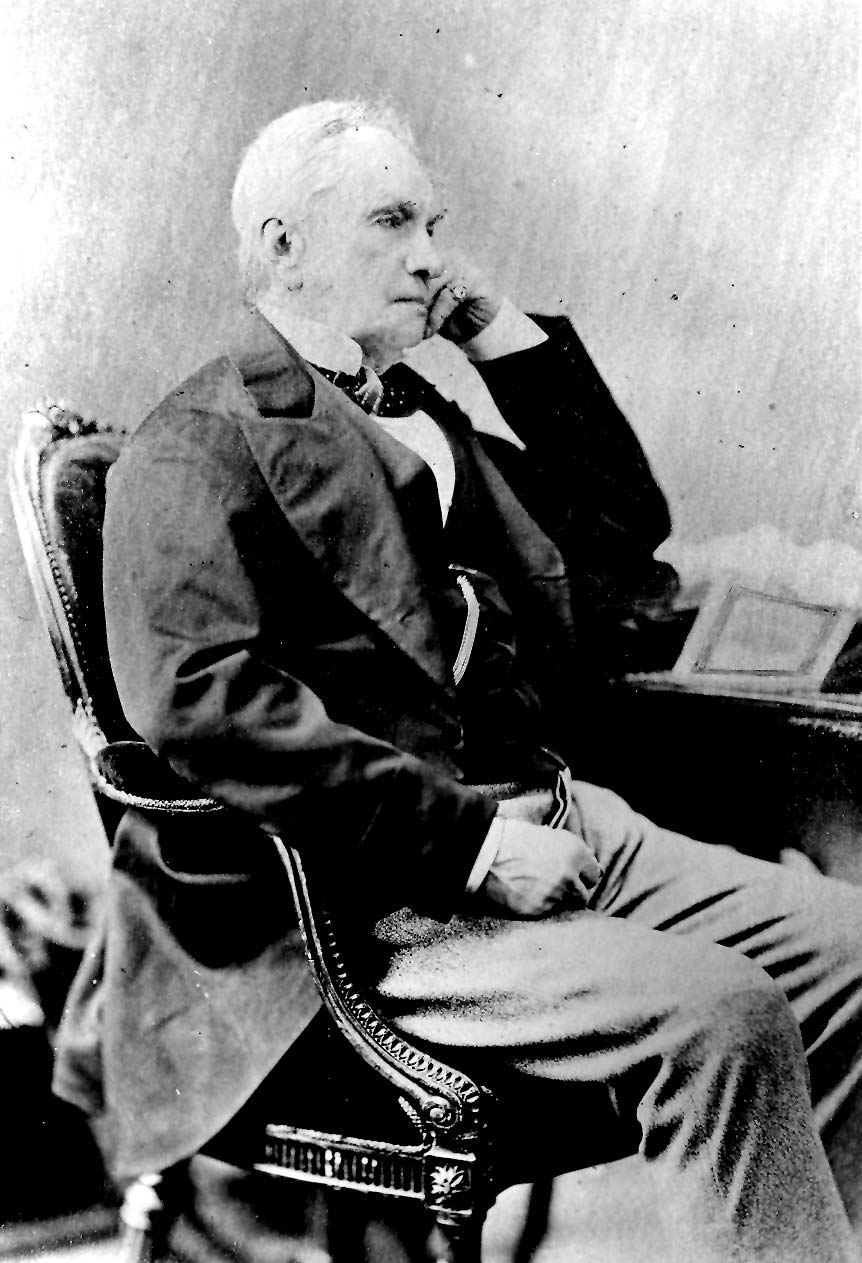 For centuries a major object of Irish public and philanthropic policy was the reclamation of bogs. From the 17th century there was pressure to develop bogs, seen as wastelands, for agriculture.

In 1808, Sir Arthur Wellesley, the future Duke of Wellington, advocated the setting up of a commission to enquire into the possible utilisation of Irish bogs. The five members of the Commission were quickly appointed and began operations on the 19th September 1809.

They divided the country into four great areas and appointed nine engineers to survey the bogs and a Secretary and Clerk to the Secretary to receive and collate the Reports. The engineers received two guineas per day while on survey work and one guinea travelling expenses, but they only got paid for the days they worked. 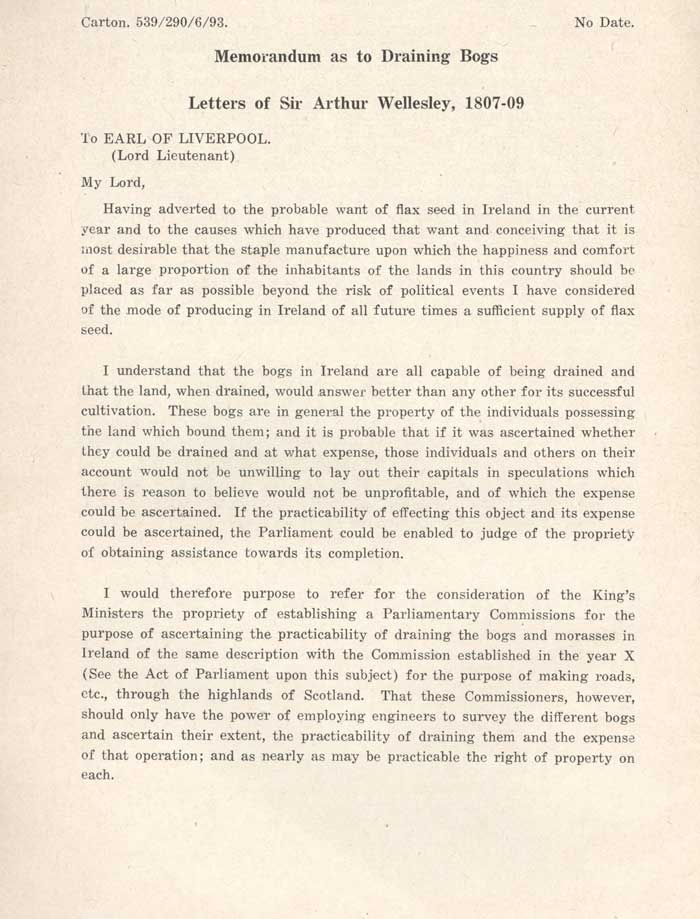 Working in all weathers, over the most difficult terrain and without any of the transport or communications conveniences of today, the small staff carried out most of the survey work in two years. The four reports set out, in detail, how 1,013,358 acres of bog could be drained, manured and brought into production as agricultural land. The reports were gradually published from 1810 to 1814 and each report contains detailed maps which set out the proposed lines of drainage and the highest and lowest point of each bog.

This was the first time large areas of Ireland had been mapped and the 64 maps and sketches are now of great historical interest. Due to various reasons, including the fact that the British Government was short of money after the Napoleonic Wars, the proposals in the reports were not acted upon. However the reports and maps were of great assistance to Bord na Móna when it began to survey and develop the bogs in the Twentieth Century.

Back to the Maps Page